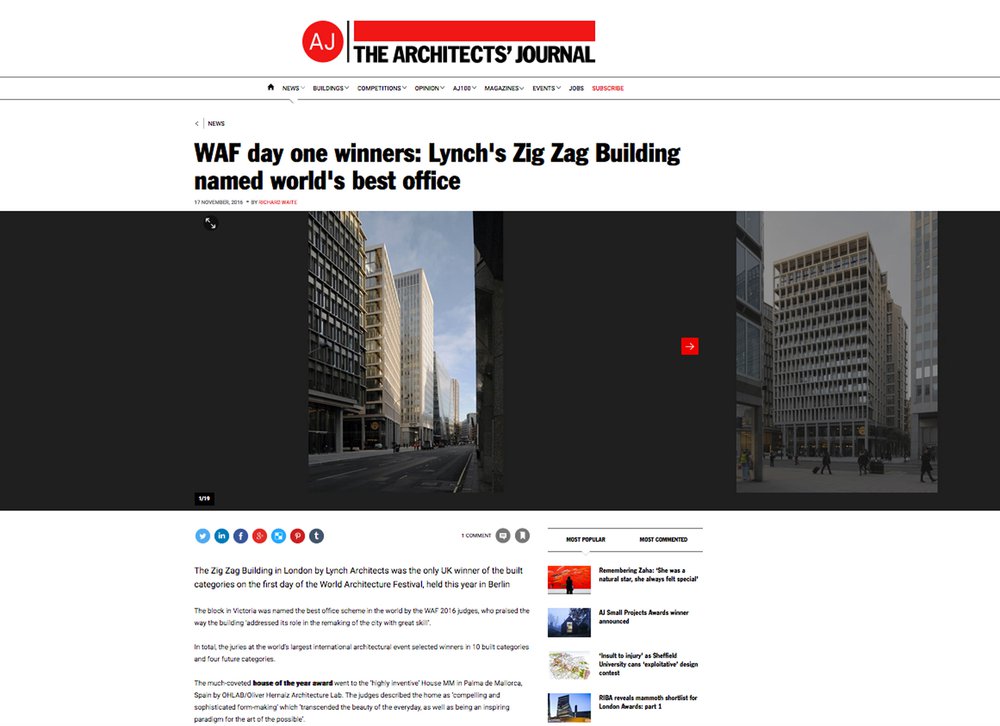 The Zig Zag Building in London by Lynch Architects was the only UK winner of the built categories on the first day of the World Architecture Festival, held this year in Berlin

The block in Victoria was named the best office scheme in the world by the WAF 2016 judges, who praised the way the building ’addressed its role in the remaking of the city with great skill’.

In total, the juries at the world’s largest international architectural event selected winners in 10 built categories and four future categories.