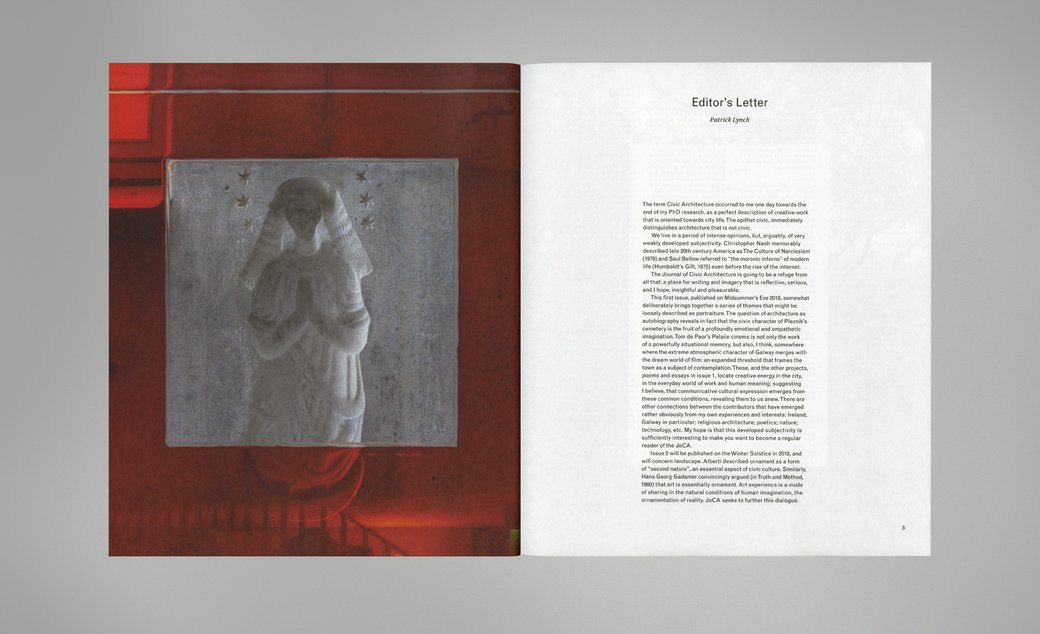 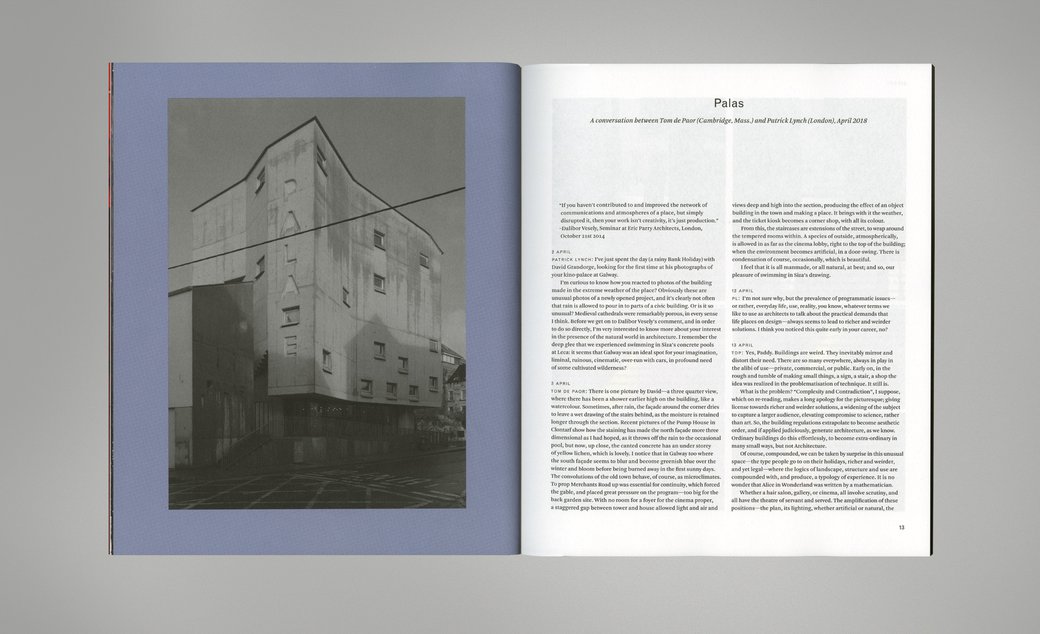 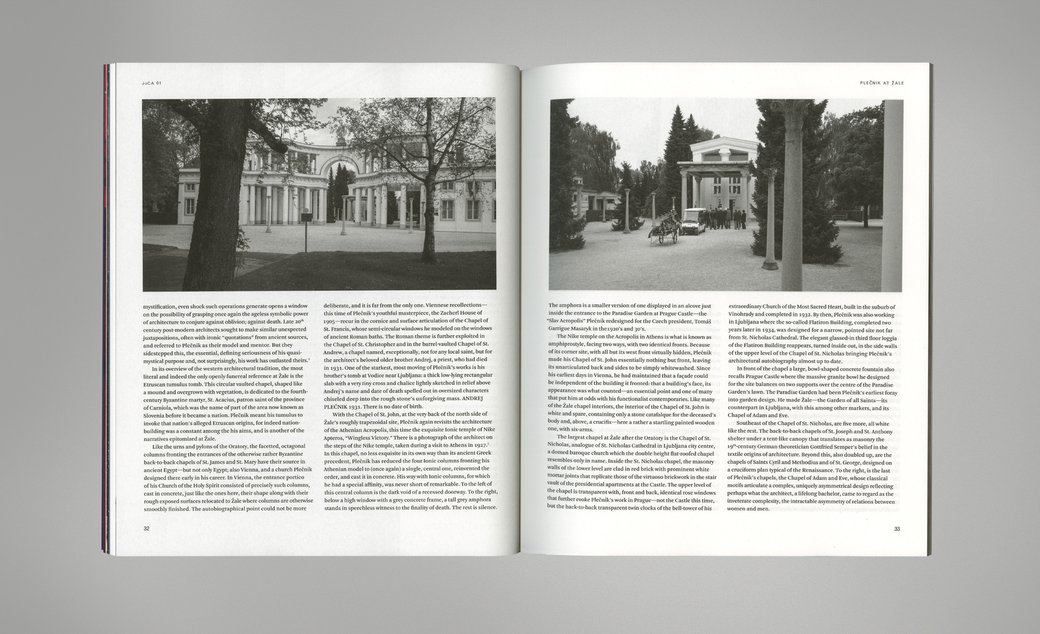 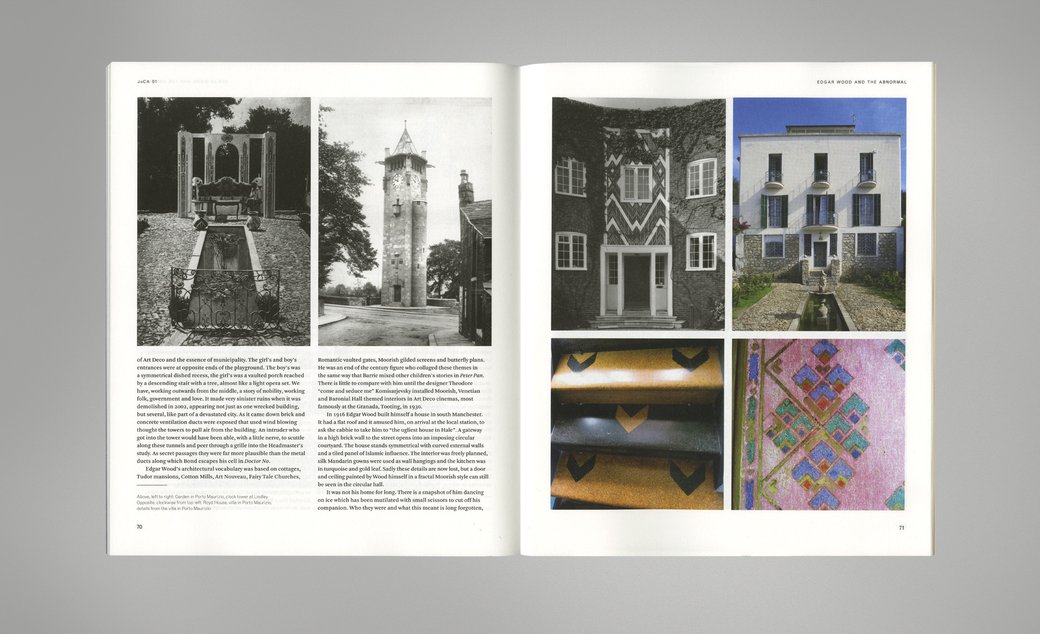 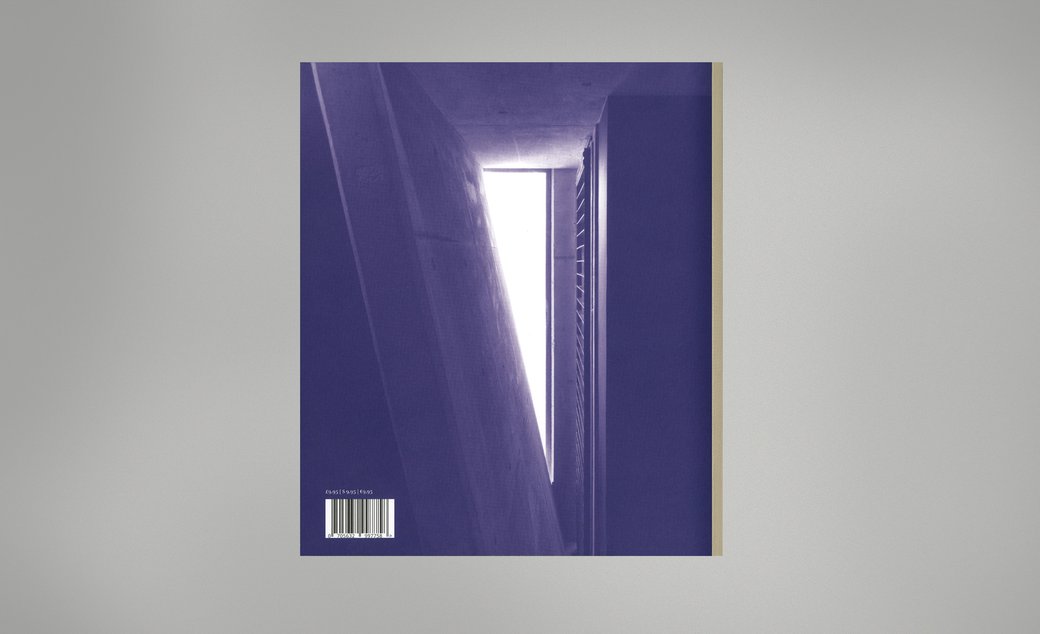 "This first issue of the JoCA, published on Mid-Summer’s Eve 2018, somewhat deliberately brings together a series of themes that might be loosely described as portraiture. The question of architecture as autobiography reveals in fact that the civic character of Pleznik’s cemetery is the fruit of a profoundly emotional and empathetic imagination. Tom de Paor’s Palace cinema is not only the work of a powerfully situational memory, but also, I think, somewhere where the extreme atmospheric character of Galway merges with the dream world of film: an expanded threshold that frames the town as a subject of contemplation. These, and the other projects, poems and essays in issue 1, locate creative energy in the city, in the everyday world of work and human meaning; suggesting I believe, that communicative cultural expression emerges from these common conditions, revealing them to us anew."

This issue is now sold out but a PDF can be downloaded in the news section of this website: https://www.lyncharchitects.com/news-reviews/issue-1-joca-launched-aa-bookshop-21st-june-2018/